OBSESSED WITH A JOB WELL DONE

WHO WE ARE PUJOL. A WAY OF BEING, A WAY OF DOING

Sharing the same visions from the outset to the present day, our company is the result of the work and combined efforts of people who pushed in the same direction. With common goals and our dedicated team of individuals, we endeavour to overcome any challenge that comes our way.

#1
SELF-IMPOSED STANDARDS AND COMMITMENT
We assume full responsibility and we apply it with passion in everything we do and propose to do
#2
CREATIVITY AND PERSEVERANCE
We transform any project into concrete following your specifications. We recommend the best solutions tailored to your needs
#3
CAPABILITY AND EFFORT
We invest in talent and state-of-the-art technology. As such, we can rely on our most sophisticated and valuable assets: our people
#4
TRUSTWORTHINESS
Professional, committed and reliable. Effort, dedication and a job well done. Timely, effective and with a guarantee

WHERE WE ARE OUR PRESENCE

Pujol is formed by 18 production centres, warehouses and offices, shared around the spanish territory and the United Kingdom.

OTHER PRODUCTION CENTRES, WAREHOUSES AND OFFICES

OUR HISTORY BUILDING OUR BRAND SINCE 1942

PROCESSES AND SYSTEMS CHANGE OVER TIME; AS DO PEOPLE AND EQUIPMENT. AT PUJOL, HOWEVER, THERE ARE THINGS THAT NEVER CHANGE: OUR CONSTANT PERSEVERANCE AND REINVENTION.

OTHER AREAS OF BUSINESS INVESTING IN HEALTH

Back in the nineties, we noticed that a big number of citizens in the Pla d’Urgell province and surroundings had to travel a long way to received quality private medical care.

Bearing this in mind, we decided to provide medical services to the families of all Group employees as well as the rest of the population. That is how in 1990 the Pujol Group immersed themselves in the health sector and opened the Centre Mèdic Pla d’Urgell in Mollerussa.

Years later, in 2007, Pujol inaugurates Avantmèdic in Lleida. This centre consists of two floors dedicated to medical consultations, a laboratory for clinical tests, a diagnostic imaging area and an out-patient operating theatre, all of which are equipped with the latest technology. All this in the hands of a leading team of medical specialists and clinical and customer care staff which enabled Avantmedic to develop into the leading provider of private specialised medicine in Lleida and the surrounding area.

We want the best for our people

The Pujol Group donates a percentage of its profits and assigns its own staff to the Pujol Gorné Foundation, which was established in 2003.The Foundation provides different types of social assistance and aims to improve the well-being of all group employees and their families, from the moment they are recruited until their retirement and beyond.

Established with a view to support employees in any way it can, it is particularly active in matters of health, education and economics. The Foundation also organises recreational and social events to promote opportunities for socialising outside of work. Facilitating and encouraging integration of newcomers to the neighbourhood is another important activity that the foundation carries out.

The Centre for Solidarity Initiatives was founded by Àngel Pujol in 2009. Since its conception, it has worked to support, assist, plan and develop new or complementary projects and activities related to humanitarian, health, social or educational aid in Wukro, in the Tigray region of northern Ethiopia. We do this in collaboration with the Basque missionary Ángel Olaran, the figurehead of St. Mary’s Institution.

The Pujol Group is a permanent partner in all respects: making financial and material contributions, providing volunteers for events that attract new partners and funds, and participating in the Board of Trustees which is currently chaired by Josep Mª Pujol.

Our group’s receptive and committed attitude to the promotion of culture, education, innovation and sport has contributed greatly to the success of various projects, as well as to more popular initiatives established by people and organisations in areas where the Pujol group is present.

Wealth for the region and its people

This is a unique business enterprise in which the objectives of a company and the idiosyncrasies of an initiative committed to the local area and work-family balance successfully coexist.

The mission of Ferrofet Catalana is the manufacture and supply of corrugated steel frameworks which, once filled with concrete, can be turned into a bridge beam, a pillar or a girder. 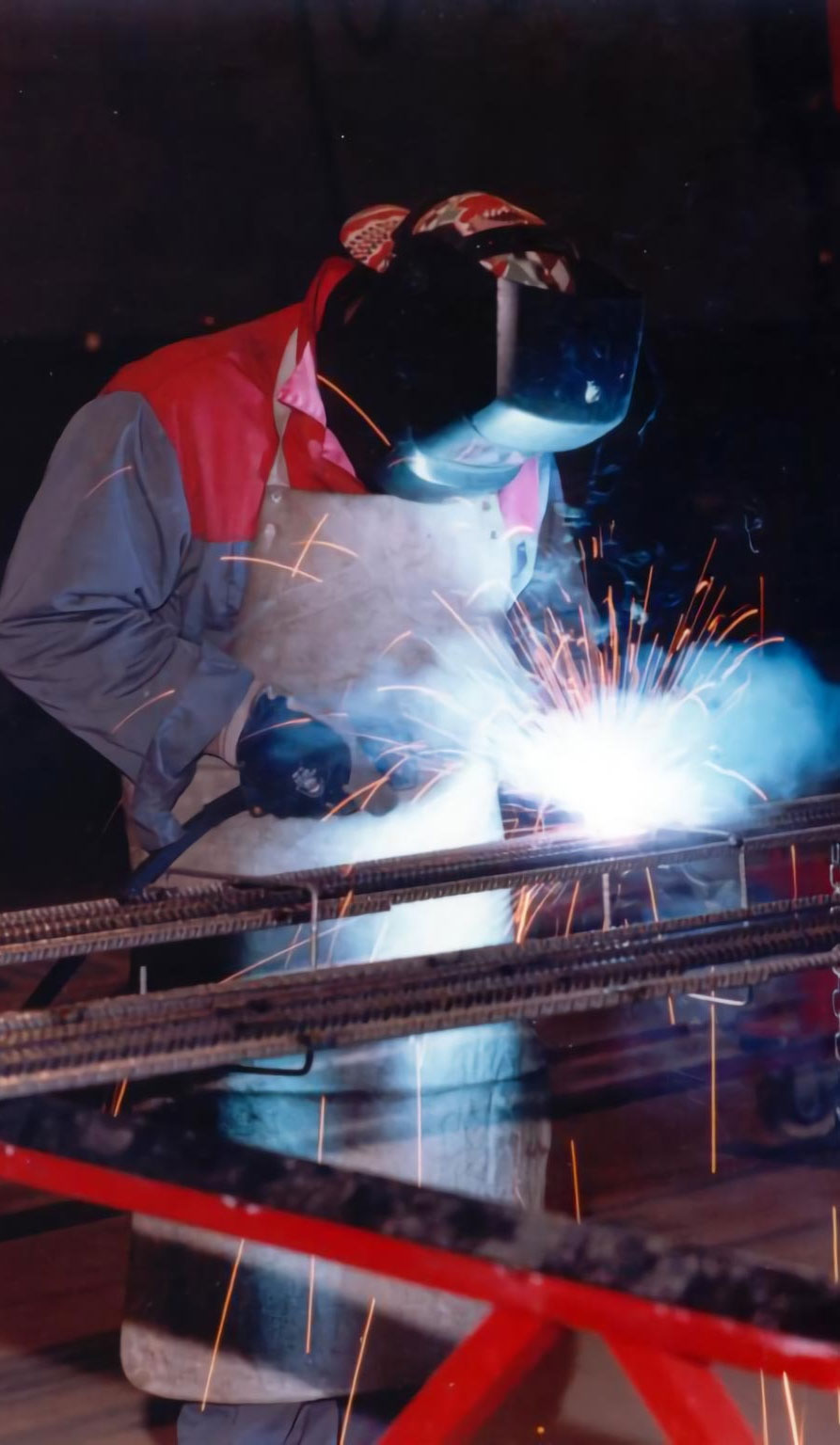 Pujol was beginning to recover from the economic and construction crisis after the Barcelona Olympics of 1992, and needed to boost the company’s growth in the region.

Mollerussa had seen significant transformation, starting in the previous decade, from being an agricultural town to an industrial and service-led town. The surrounding area, however, had a long tradition of agriculture and horticulture. In terms of employment, the area enjoyed the lowest level of structural unemployment in Catalonia.

The available workforce consisted of local people and immigrants from the first wave of immigration in the 1950s and 1960s. In the early 1990s, a second wave of immigration was expected, although it was yet to reach Pla d’Urgell. With the beginning of the economic boom, Pujol faced a major short-term challenge: having enough people to work in Ferrofet without relocating.

Desperate to find a suitable workforce and determined not to relocate, Pujol took the decision to prepare a socio-economic study of the region, collaborating with the Economic Promotion Board of the Lleida Provincial Council and the UGT Union.

The results identified two groups within the region that could be potential workers: farmers and women.

Farmers, outside of the harvest season, could devote time to working within industry. However, this did not satisfy FERROFET’s needs as peak production coincided with harvesting. More people were needed.

So, through announcements in the local villages, we looked for people who were generally willing to work part-time. In just two weeks, the response was telling: 300 women were interested.

That gave us the final clue! What if we were able to put our imagination to the test? And what if the growth of Ferrofet was to be focused on a female workforce? By offering them working conditions that would allow them to combine their other occupations?

It was time to redesign an exciting project that would now be even more committed to the local area, as it was now focused on its women and their daily realities. We had before us some women who, indeed, had to attend to other responsibilities and activities, but had told us that they wanted to have their own job and/or contribute to the domestic finances.

Most of them had jobs within the family circle and received no remuneration; others had low-level, occasional or sporadic work in shops and other businesses. Ferrofet represented the perfect job opportunity for them, such that they could earn a salary and continue to attend to their other responsibilities.

STRENGTH IN THE HANDS OF WOMEN

The manufacturing process of metal frames is based on the cutting and moulding of iron bars with machinery, and their subsequent joining and welding with manual tools, following the instructions of a blueprint provided by the Technical Office.

Ferrofet designed and adapted all of its production equipment bearing in mind the physical characteristics of their potential employees: lifting devices to avoid the use of force, tools to replace hard tongs, easy-handling hydraulic guns, soldering equipment suspended from the ceiling so that they did not to have to be dragged along the floor, etc.

ORGANISATION BASED ON PRODUCTIVITY AND WORK-LIFE BALANCE

We had women of all ages willing to work part-time every day. We had to organise things taking two premises into account: available staff working time, and the operation of the factory during a 12-hour working day.

Once the candidates were selected, the training of the first 20 employees began with our in-house programme, set up at the company’s expense. In addition to classes in theory and practical sessions, classes in Safety and Hygiene at Work were also provided.
These courses provided the training and information needed to prepare the women for the requirements of their future roles.

In February 1999, the first 20 women joined Ferrofet, and others continued to join until a total workforce of 230 was reached. By the end of 2002, production was carried out exclusively by women.

As Ferrofet was such a unique initiative, there was no existing employment contract which satisfied the requirements of this operating model. A new, specific contract needed to be drawn up: the part time, indefinite, fixed and discontinuous contract. It also had to accommodate situations in which a contract could be suspended, without permanent termination when sufficient work was not available. Ferrofet was the first employer to use this new contract.

The factory clocks are set five minutes ahead to allow mothers to pick up their children from school. The possibility of being able to choose work shifts makes it easier for employees to attend to other matters.

On a continuous basis, staff are trained to produce new components that have been added to the product catalogue and/or where their training is refreshed in order to be able to take up a new position, understand a particular type of blueprint or learn how to use a particular work tool.

The female employees have got involved in the training programme themselves, taking advantage of their skills and experience. At the beginning, the tutor was an old ironworker. Later on, he was joined by one of the first women in the Ferrofet team who had previously been a teacher and an educator. She helped to define the training process to be followed by other women who were joining the trade, and participated in the development of a training manual.

Ferrofet has become a case study at Business Schools and generated the interest of television programmes such a 30 minuts on TV3.

What we are very proud of is:

The country’s institutions have recognised Ferrofet with:

Nevertheless, Pujol’s most significant prize is realising a business initiative which from its conception has delivered the required operational performance. Furthermore, witnessing the satisfaction and commitment demonstrated daily by Ferrofet’s women, who are delighted to have the opportunity to develop professionally and receive financial reward in their local area, is the greatest honour Pujol could receive.